Let me tell you about Wakulla County… how can we fix this issue?

I am running for state senate district 3: 11 counties.
Some counties are very friendly and open to Trump supporting, US Veterans… others are full of never-Trumping hatred.
I called the Wakulla County Republican Party Chairman and asked when the REC meetings are….
His response: County Commissioner Ralph Thomas quote “We have taken a vote and will not allow you to come to our meetings.” I said, “as a Republican candidate, how can you un-invite someone without meeting them?” His response, “I am ending this conversation.”
Later on Facebook, he posts on my wall a link to a book: how to win friends…. I’m not really trying to make friends with swamp lurkers- I’m trying to flush corruption from north Florida.
Then he calls me a PUNK on my Facebook for asking, “why am I not allowed in your meetings?”
That goes to show you the level of corruption we have in north Florida. This group has supported and endorsed a democratic plant and refuses to allow any Trump supporting candidate to attend. This group has also made a fake page against the only prolife republican run in the race with slandering info, but yet has made one statement against the democrats.
I wonder how the Republican Party of Florida will handle this? Will they do right by #WeThePeople or will they continues to help the establishment. 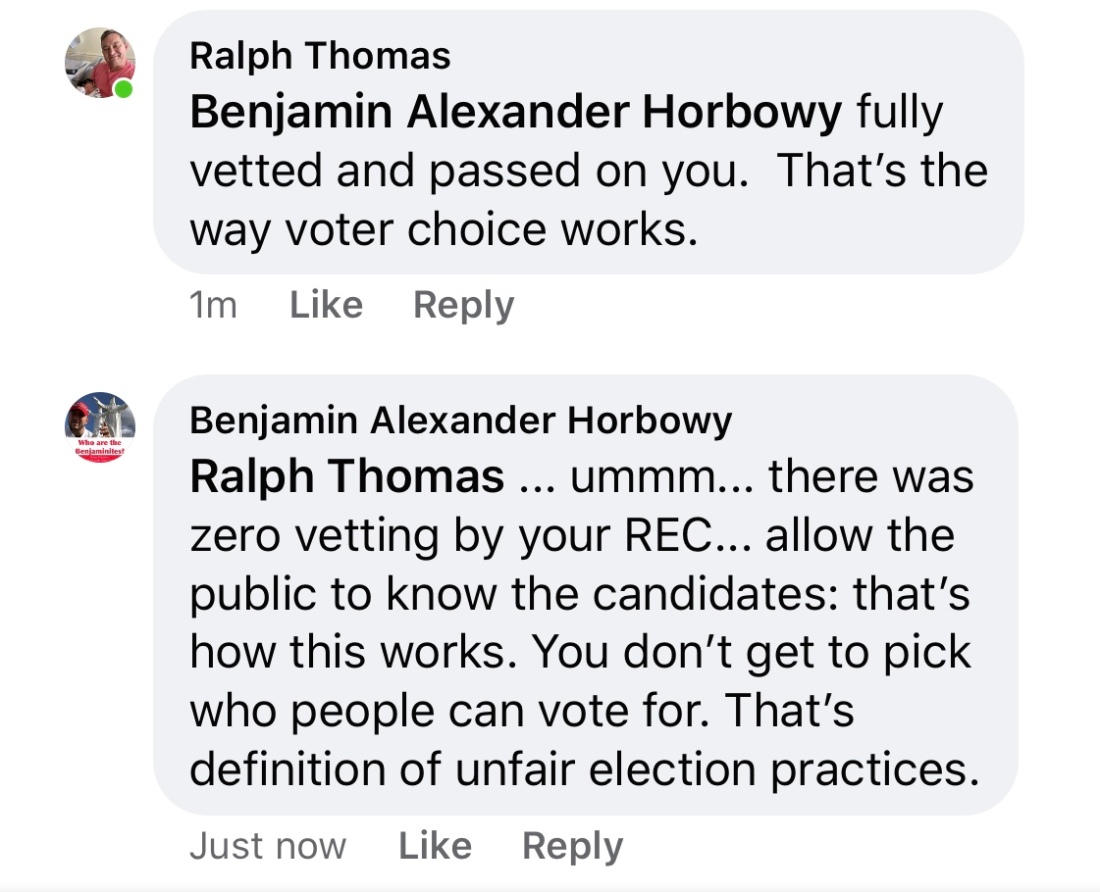 Once a Wakulla County  Sherif told me “Better stay out of We’ll-kill-ya County before they show you why we are called that.” 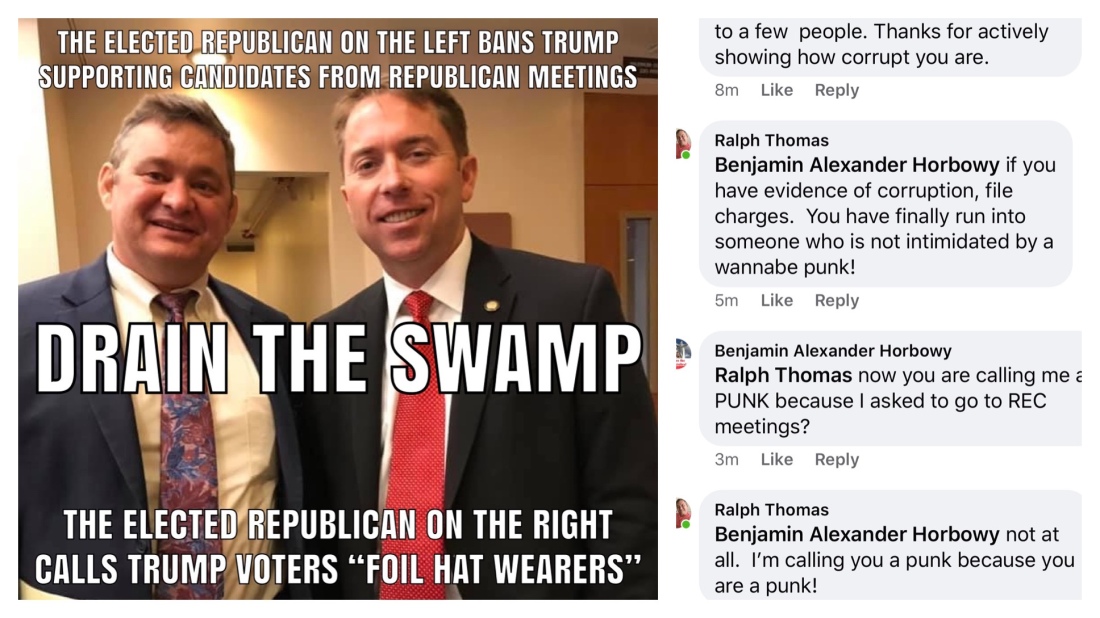 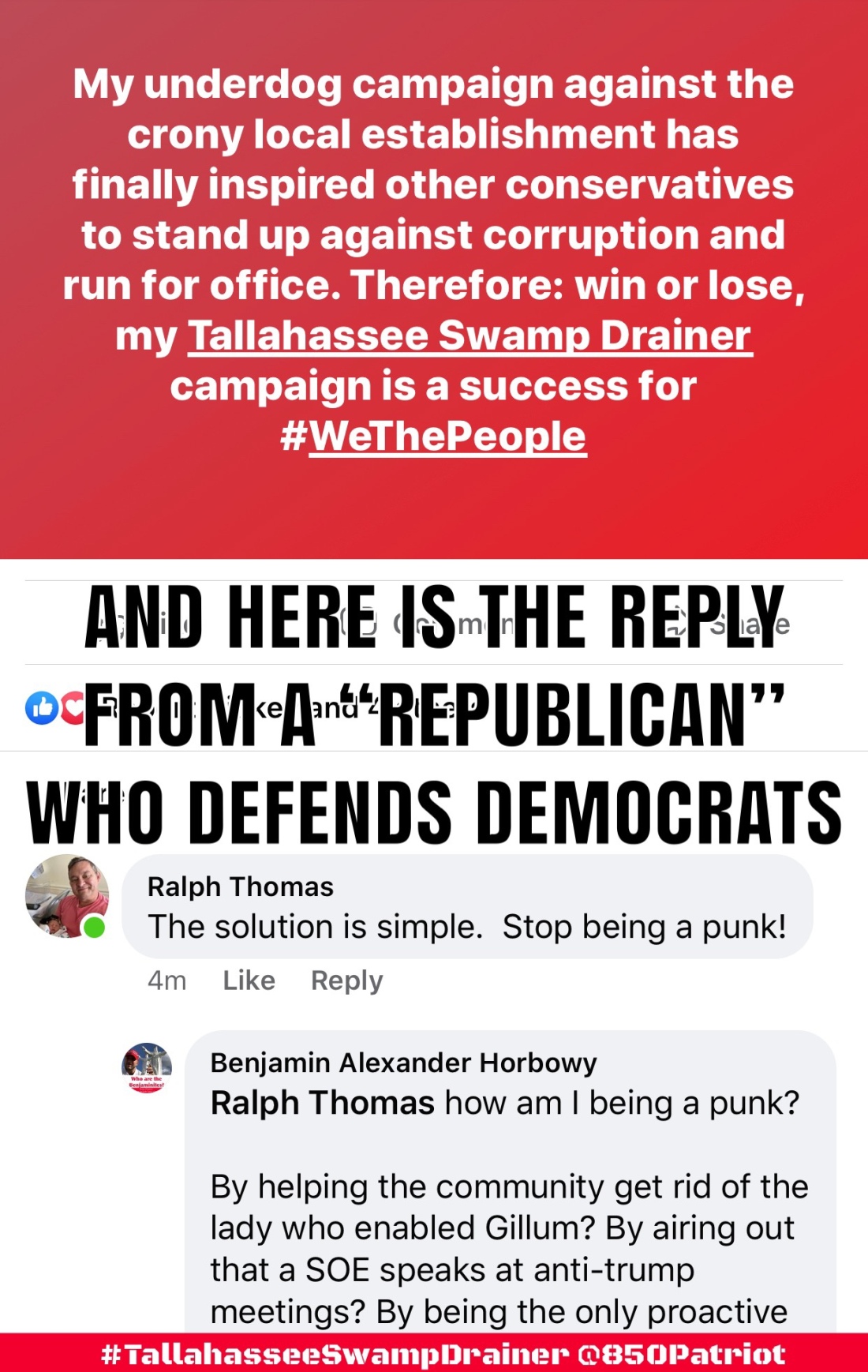 Here is all the communication I’ve had with him before he forbid me to attend REC meetings.

Fair question: Do you think Marva Preston should  denounce publicly  this type of corruption against fellow republicans?
Fair point: Part time patriots don’t defeat full time swamp lurkers; we need to get rid of the snakes in the grass.
#WWG1WGA  

Mrs. Preston, you should publicly denounce this type of campaign tactic…